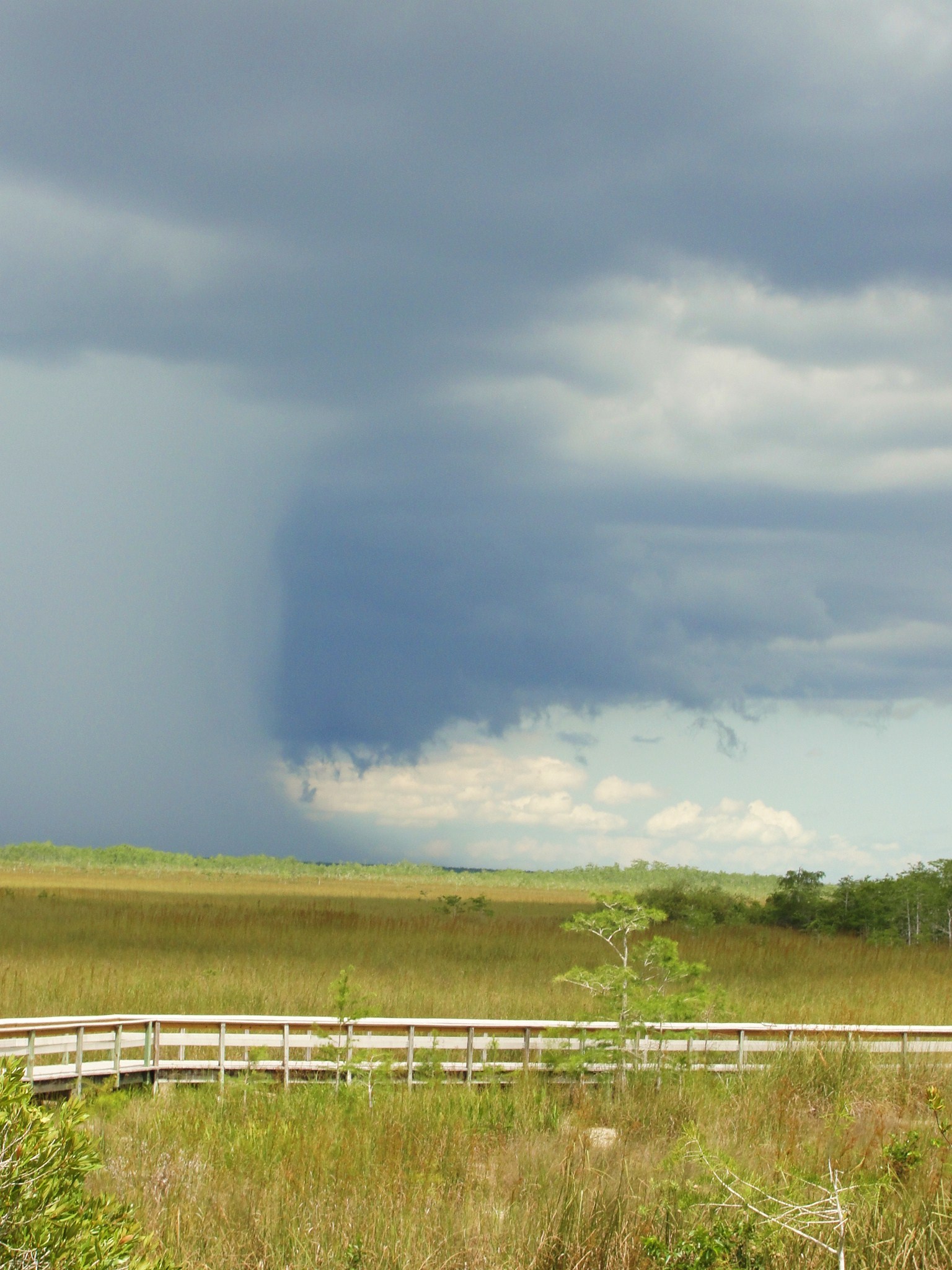 After attending the recent New Jersey SCBWI Annual Conference, I had to make an unexpected trip to Miami. When my family calls for help, I get on a plane. I’ve earned a lot of miles this year.

On a better day towards the end of our trip, my sister and I ventured into the Florida Everglades, though we didn’t last long. She quickly became tired, and then a storm came through. Before we headed back to the hotel, I managed to take this picture of the sky. You can see the dividing point where the rain ends. I find it quite fascinating and beautiful.

In the moment when I took that picture, I thought about weather, how powerful it is, and how much damage it can do with little or no warning. This brought to mind the topic of antagonists because in some novels, weather provides the conflict in the story.

On the drive back from our short trip to the Everglades, I considered the meaning of antagonist, mostly because the topic came up at the recent New Jersey SCBWI Conference. What is an antagonist, and do all stories require the presence of one? The answer is yes. All stories need conflict. Something needs to get in the way of your protagonist to thwart their continued efforts to achieve a goal or fill a need or want.

The question that arose in the workshop was whether an antagonist had to be a person. The answer to this question is no.

A quote from Wikipedia:

An antagonist (from Greek ἀνταγωνιστής – antagonistes, “opponent, competitor, rival”)[1] is a character, group of characters, or an institution, that represents the opposition against which the protagonist must contend. In other words, ‘A person, or a group of people who oppose the main character, or the main characters.’[2] In the classic style of story where in the action consists of a hero fighting a villain, the two can be regarded as protagonist and antagonist, respectively.[3] The antagonist may also represent a major threat or obstacle to the main character by their very existence, without necessarily deliberately targeting him or her. 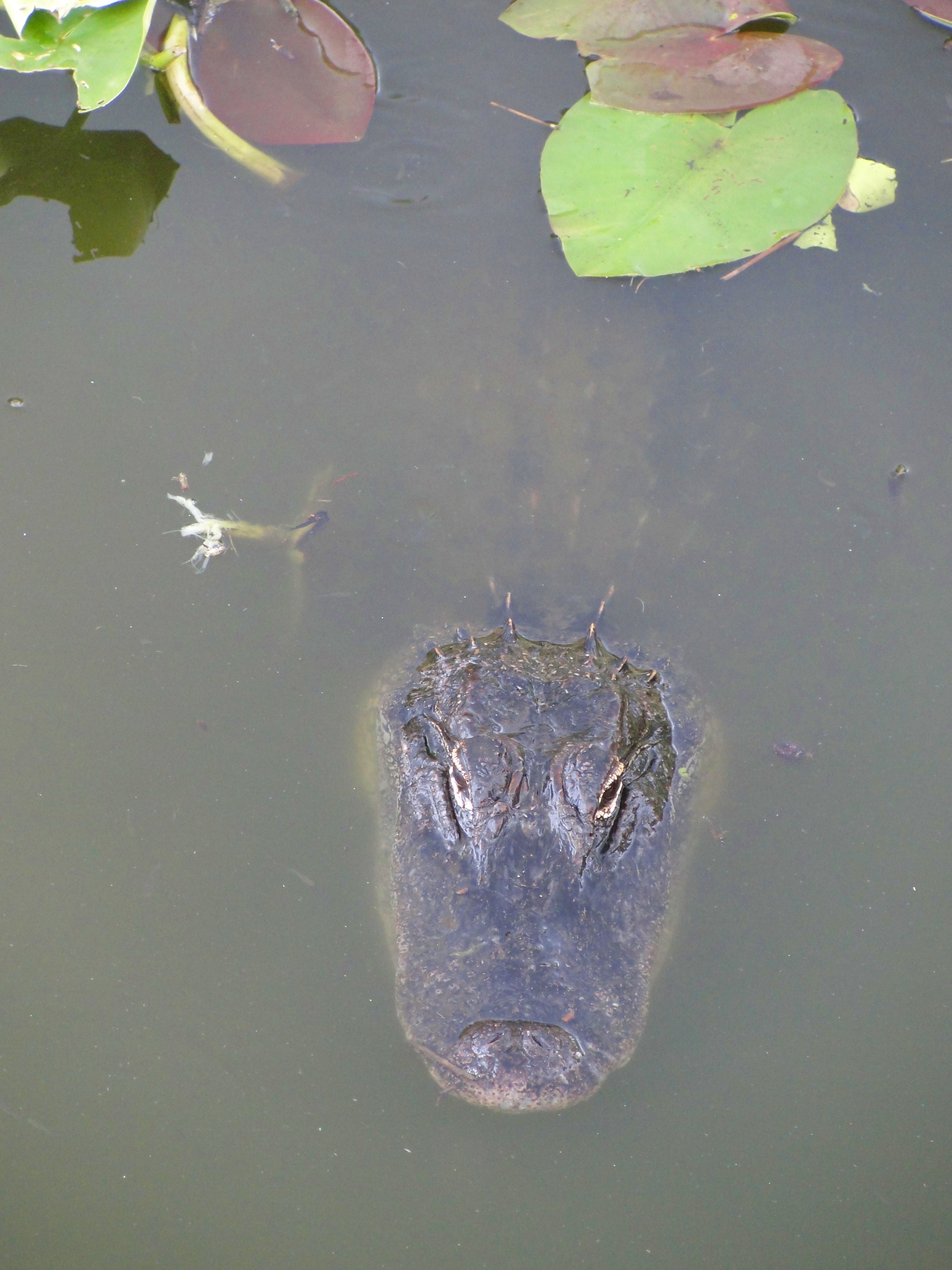 On that day in Miami, we dealt with more than one antagonist: the weather and my sister’s illness. Both thwarted our plans to enjoy the beauty of the Everglades. If the alligator had jumped any higher out of the water, I would have listed that too.

An antagonist can be devastating weather, an incurable disease, or the racist attitude of an entire community, among many other possibilities. The protagonist can also get in their own way caused by their behavior. This situation can make the most interesting of stories, though it is more difficult to pull off in an effective manner.  Consider that your main character is a sociopathic liar. They may yearn to connect with others and to follow a path of honesty, but their personality doesn’t allow them to change. Who or whatever keeps your protagonist from getting what they seek is the antagonist. Without this element, you have no conflict, and thus, no story. Or at the very least, an incredibly boring story, which elicits no desire, on the part of the reader, to turn the page. 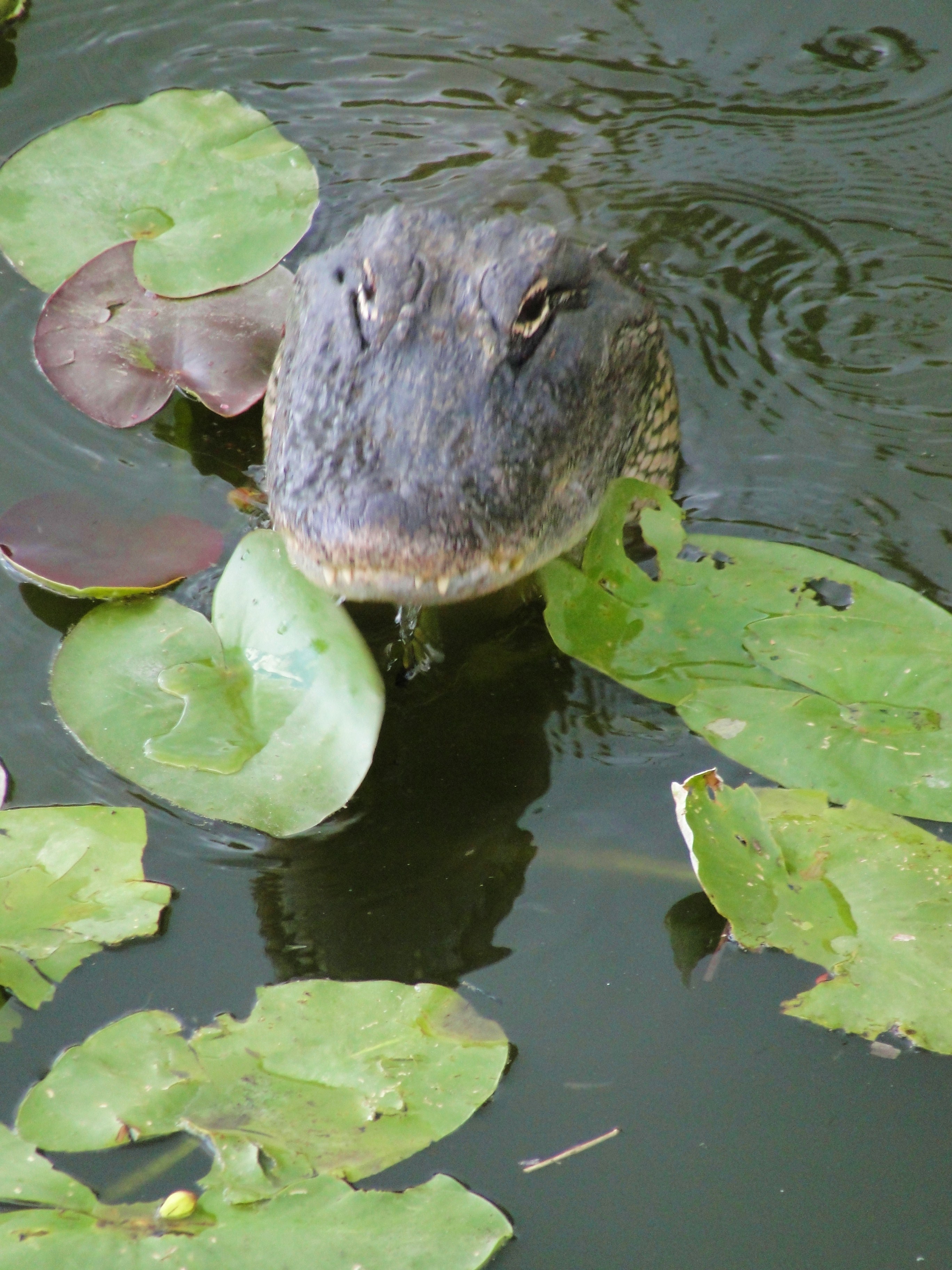 Elusive antagonists are far more interesting and provide a steeper challenge for your protagonist.  It is easier to combat a person than an attitude or an uncontrollable part of yourself that you’ve yet to reckon with. Think about the alternatives when you create your antagonist. What places the biggest blockades in the path of your main character? Don’t make it easy on them. Keep the storm coming, and make it elevate in intensity. Slather the pages with conflict.

In the end, this will improve your story. So no matter who or what your antagonist is, lay it on thick. And have fun creating those antagonists. I know I do.