A few weeks ago, my seven-year-old granddaughter and I were taking a walk when we came upon a bush filled with red berries.  A handmade sign swung from a branch: “Please do not pick berries. The birds need them for winter food. Thanks!” Ava read the words to me, and then continued to read a not-so-nice note someone had scribbled on the bottom by a person who clearly didn’t care about birds.

“Grandma, why would someone say something so mean about birds?” she asked.

How does one tell a seven-year-old child that not every person is kind in this world?

While Ava tried to wrap her head around the not-so-nice words, and the fact that someone had written them, I reminded her about the individual who took the time to make the red sign, and then carefully secured it to the bush with twine. “That’s what matters,” I told her.

“Yes,” she said, picking up trash from the road and putting it in her pocket. “And when we get back to your house, we’ll put out extra bird seed.”

We continued on our way, Ava quiet in her thoughts, unlike her usual chatty self. And when she asked me to tell her a story as we walked by the reservoir, I began to recite the story of a girl who found two lost dogs in her grandmother’s yard.

“Grandma, that was me,” she said, spying a Dunkin Donuts bag near the base of a tree. She picked it up to use as a portable trash bag.

“Yes, I know that was you, and I love that story.”

“Okay, you can tell it again.” She gathered more litter. It was then that I realized what she doing. In her own way, Ava was balancing the not-so-nice note by cleaning up after others. “This way the birds won’t eat any of this trash and get sick. Like those dogs were when we found them.”

Two years ago, a couple of elderly dogs just appeared on our porch. They were wet and hungry, and Ava squealed when she saw them. “It’s like Because of Winn-Dixie!” she said. “And we have to save them, Grandma. Kate DiCamillo would want us to save them.”

Ava had seen the movie, and we were reading the middle grade novel aloud. And before I could say “yes,” Ava was filling bowls with water, and gathering food for the starving dogs. After calling nearby vets and having no luck identifying the lost dogs, I called animal control, who couldn’t come to our home for 2-3 hours.

“Ava, how are we going to keep them from running off for 2-3 hours?” The yellow lab, while elderly, had a lot of spunk, especially after having eaten two servings of kibble offered by Ava.

“Grandma, I am an Animal Whisperer. Don’t you know that by now?” And then Ava proceeded to whisper to these two lost dogs. Softly. Lovingly. She chanted that she would watch over them until we could find their homes, and she then nearly cried when she noticed the black dog’s infected ears. She’d been tenderly brushing them with our dog’s brush.

“Will they be okay?” she kept asking me.

“Yes,” I said, over and over, until the Dog Warden finally arrived at our house. Every day after that, Ava and I talked about the dogs, whether they’d found their homes and gotten medicine for their ailments. Three weeks later, I ran into the Dog Warden at the grocery store, who confirmed that the dogs were reunited with their owners, who had just moved from Minneapolis, Kate DiCamillo’s state. The dogs had been trying to find their old house. “You and your granddaughter saved them,” she said.

It is moments like this that I feel hope. Hope in the face of strangers defacing signs made by people who care about the smallest creatures on this earth. Hope that springs forth in a young child because she read a book in which another young girl was kind to a lost dog. A dog name Winn-Dixie.

Children learn compassion from reading books, and then go to help lost dogs, care for birds, and assist the smallest of creatures, as well as show compassion to other people. They, like myself,  are forever affected by stories such as The One and Only Ivan and Home of the Brave, both written by Katherine Applegate, and The Tiger Rising by Kate DiCamillo. As a young child, I loved The Yearling by Marjorie Kinnan Rawlings, and I watched the Birdman of Alcatraz multiple times. In terms of empathy, Ava’s favorite picture books include How to Heal a Broken Wing and “Let’s Get a Pup!” Said Kate, both by Bob Graham. When the family arrives to pick up Rosy, the old dog at the shelter, I never fail to burst into tears. Ava now finds this humorous and says, “Grandma, do you have to cry every time?” And then we read another favorite, Mr. Hacker by James Stevenson, a heartfelt story filled with empathy and humor. 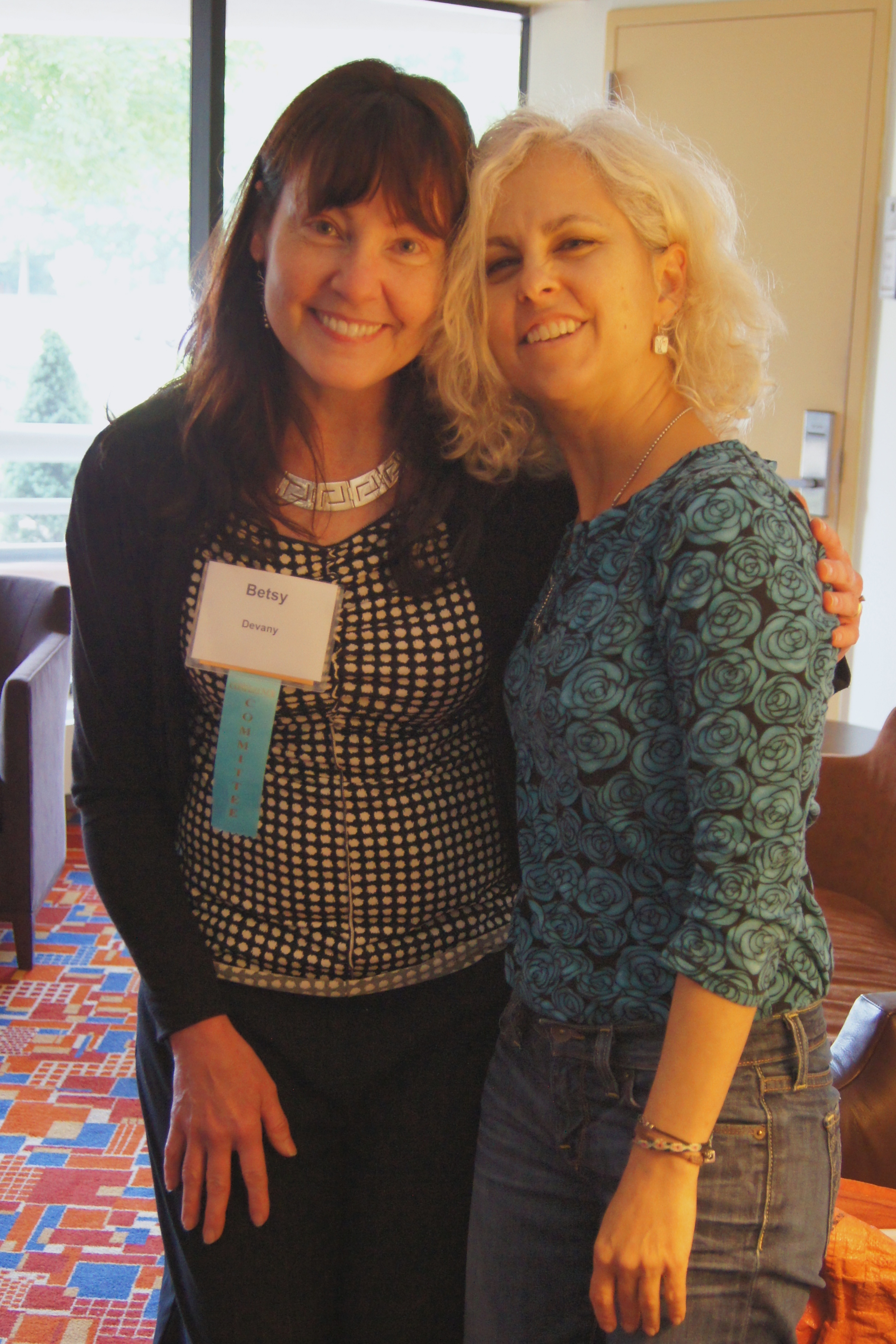 When Kate DiCamillo spoke at the NJSCBWI conference nearly two years ago, I had the pleasure of chatting with our newly named National Ambassador for Young People’s Literature for 2014–2015. Ava had drawn a picture for Kate, and sent me with photos of the dogs, we had rescued. I had Kate sign The Magician’s Elephant for my father, a book I had planned to give to him, not expecting he would pass before he could read it. And upon seeing the photos of Ava with the dogs, Kate asked if she could keep them.

Kate, like so many wonderful authors, inspire me every day. They inspire me to keep pushing myself for the children, who are the hope of our future and the most precious gifts on our earth.

I would love to hear your favorite books that are sage examples of empathy toward animals, while I have by no means mentioned all of my favorites in this post.

Lastly, I was honored to be a guest this week over at The Writing Barn. Here is the link to my post on revision, inspired by a house wren family. Rejecting Rejection with author Betsy Devany – Writing Barn