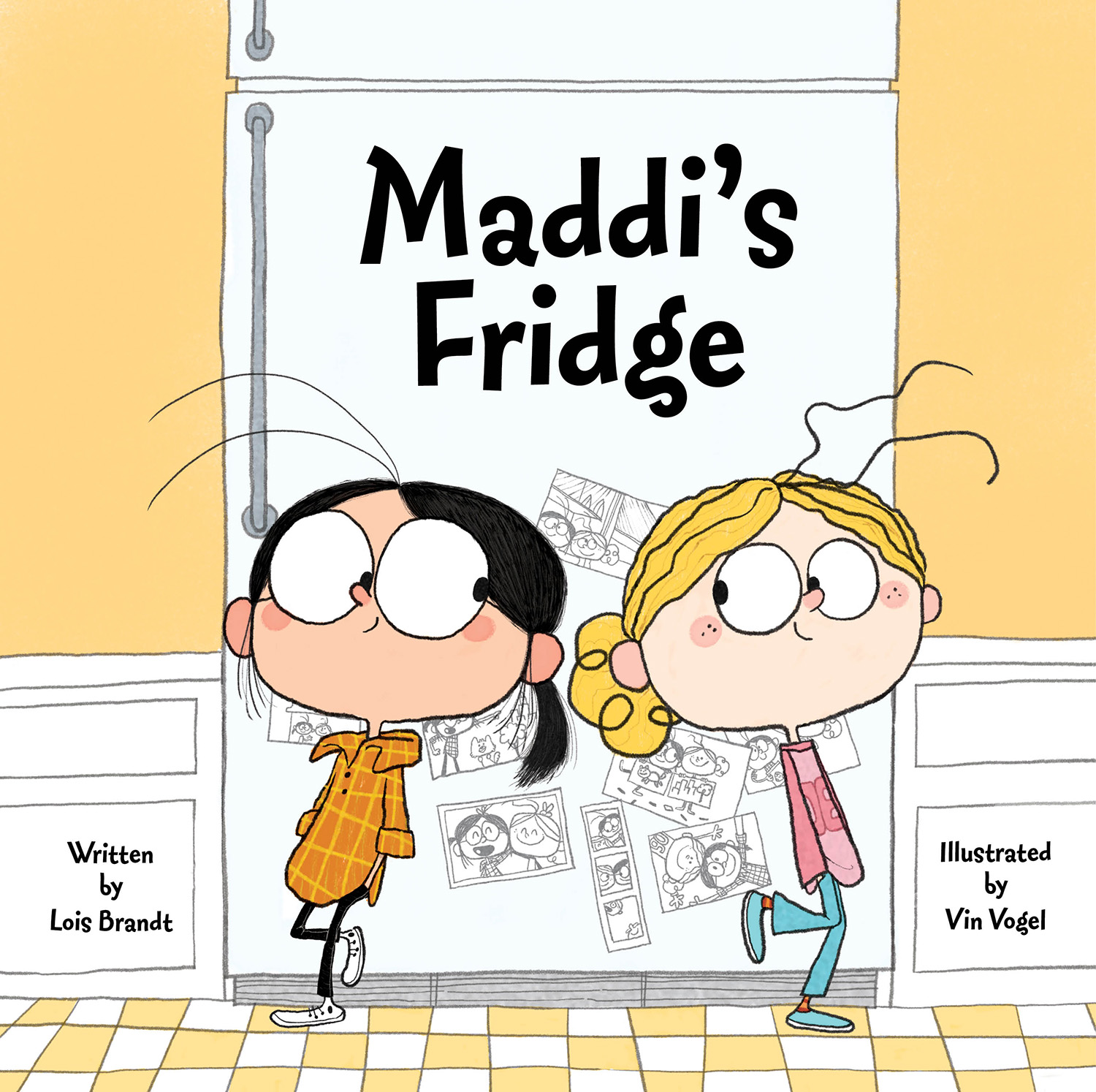 A few months ago, an online promotion for Maddi’s Fridge caught my attention. Lois Brandt’s new picture book, illustrated by Vin Vogel, seemed exactly the kind of story I wanted to share with elementary kids, with my grandchildren, and also with our local libraries. As a weekly volunteer in a second-grade classroom, I read a picture book of my choice following snack time. I see firsthand how picture books are effectively used with second graders. The kids study characterization, plot, motive, and then compare their own feelings and experiences to a story. Yes, seven- and eight-year-olds need picture books, longer picture books, even though they read independently by this age.

So I commented on the post, then added the title to my ongoing list of books coming out that I wanted to read/buy.

A month later, I received an email: Congratulations! You have won a copy of Maddi’s Fridge! I’d forgotten that I’d even entered. When the picture book arrived at my house, I was compelled to blog about it. 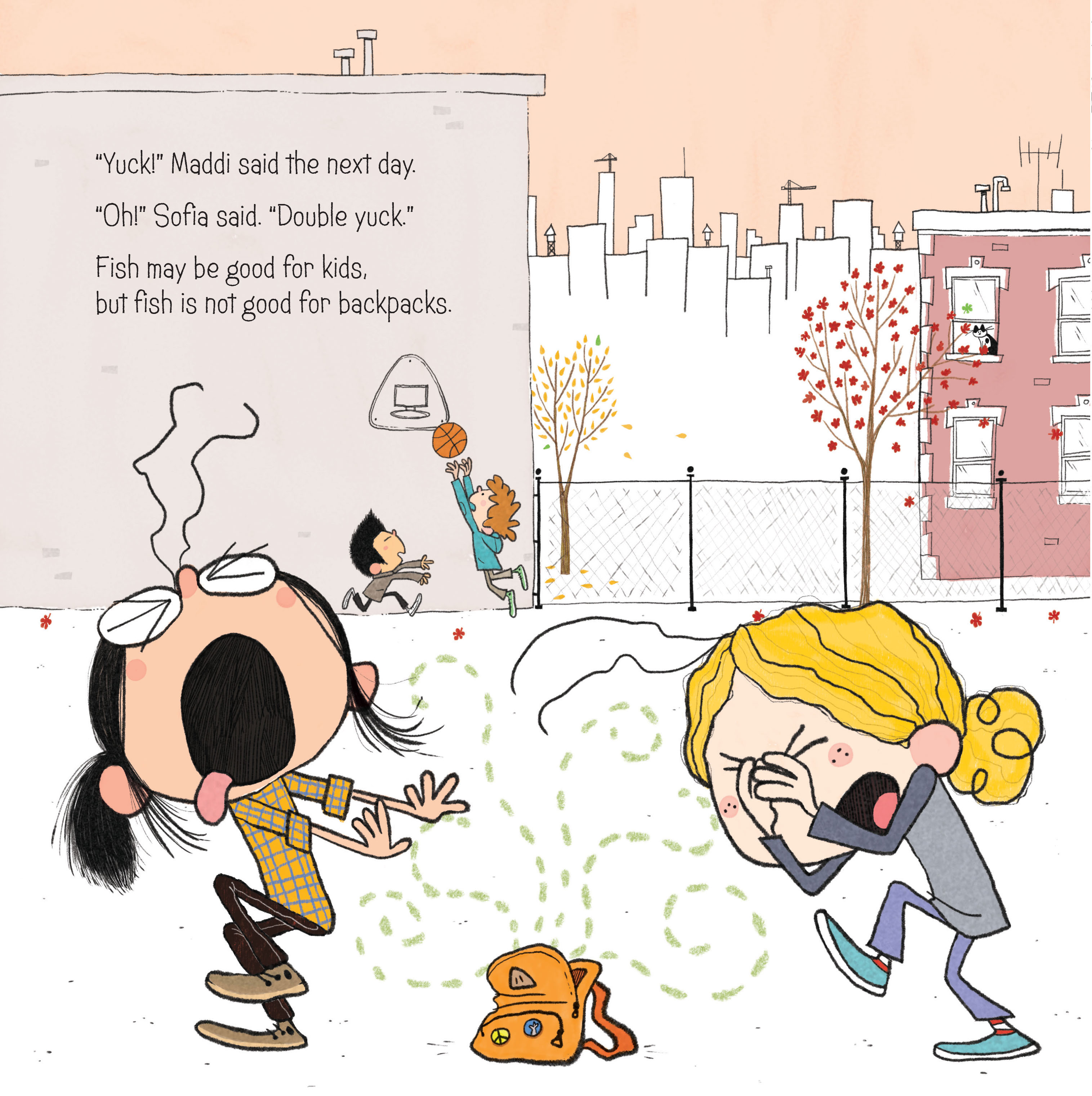 While this is an issue book, Lois weaves a non-didactic story, with emphasis on story. She cleverly introduces Maddi and Sofia as two close friends before leading us to what drives the plot: Maddi’s home situation. Maddi is a confident and exuberant child, skilled at climbing walls, while the empathic Sofia struggles with climbing, with Maddi always encouraging Sofia to try harder. The status of Maddi’s refrigerator—it’s empty except for milk she is saving for her brother—is introduced in an organic way. Not only does this story effectively address childhood hunger, it touches on friendship, secrets, and how a child struggles with choosing which secrets need to be shared with an adult, Sofia’s mother in this case. Though at first, Sofia attempts to help (feed) Maddi without revealing her secret in ways that are both touching and funny. The humor element is this kind of story is vital, and Lois is adept at understanding how serious subjects must be infused with sprinkles of humor. Vin Vogel’s illustrations support this to a fully satisfying end. At the story’s close, there are suggestions for kids to “ . . . help friends who have empty refrigerators.” 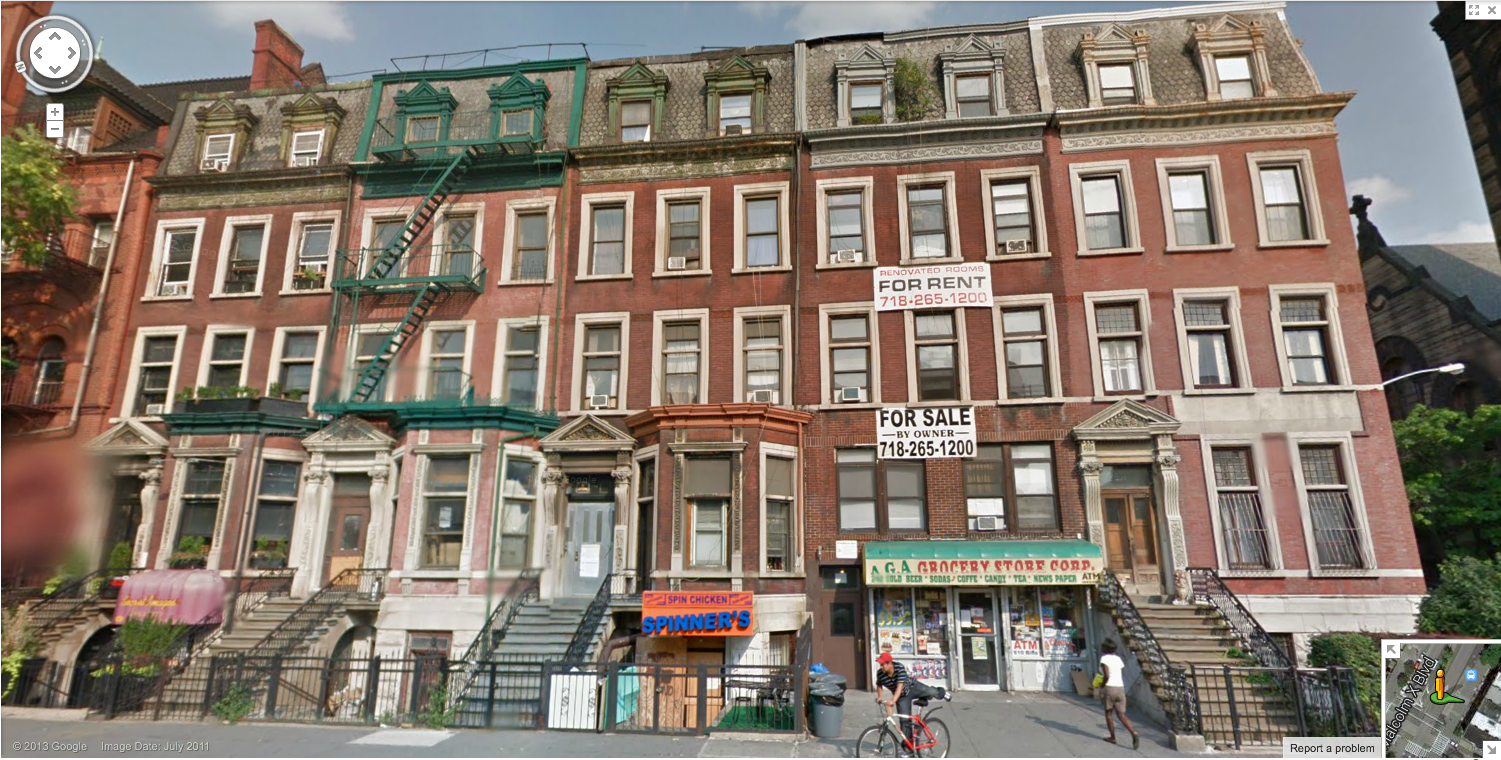 Vin Vogel’s illustrations are charming. I especially love the background neighborhood, depicted at different times during the day. Overall, the reader feels a sense of family nestled within a cultural community that supports an indie bookstore, a yoga studio, and a small-town grocery store, all set against the backdrop of the city. Vin’s own neighborhood, shown in the photograph, inspired Maddi and Sofia’s world.

Published by Flashlight Press, Maddi’s Fridge is an important and memorable picture book. The more children exposed to this story, the better off our world could be. With the  back-of-the-book suggestions on how to make a difference, my hope is that Maddi’s Fridge will  empower children (and adults) to actively aid in the fight against childhood hunger. 10% of the profits are being donated to help fight the cause.